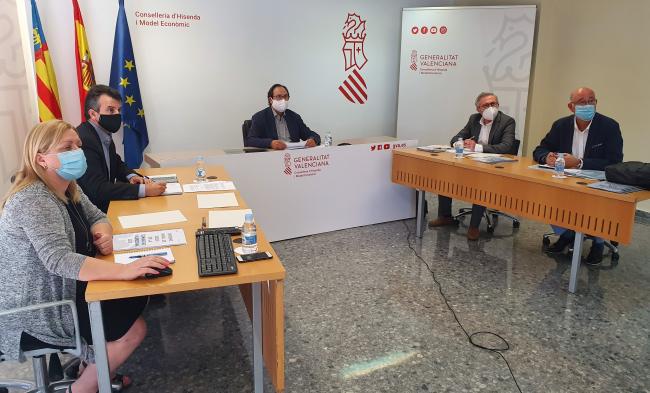 The Office of Finance and Economic Model presented to the Plenary of the Consell a report issued by the Gaming Commission of the Valencian Community where it is reported that the gaming sector grew by 5.17% during 2019, which means a collection of 157 million euros in addition to the 13.1 million entered by operations related to online gaming.
INFOPLAY/ COMUNICADO |
2020/10/26
ADVERTISING

The Plenary of the Consell has been informed of the 2019 annual report on the situation of gaming in the Valencian Community, issued by the Gaming Commission and presented by the Office of the Treasury and Economic Model.

From the evaluation of the data, an increase of 5.17% in the amounts played in the Valencian Community can be seen compared to 2018.

Specifically, the amounts allocated to gaming practices in its various modalities during 2019 reached 4,230 million euros, taking into account land-based gaming, gaming competition of the State (State Lotteries and Betting) and ONCE, which which represents approximately 3.66% of the GDP of the Valencian Community.

According to the report, most of the gaming sectors experienced an increase in 2019, mainly type B special bingo machines and type C machines installed in casinos, as well as electronic bingo.

Regarding the average value of the amounts wagered per inhabitant over 18 years of age, in the Valencian Community it reaches 1,023 euros, which is 3.33% more than the average amount registered in 2018.

On the other hand, the report highlights the continuous review and update of the various aspects related to the gaming activity carried out by the Office of the Treasury and Economic Model in order to balance it with the protection of minors and the prevention of addictive behaviors and fraudulent activities.

The gaming sector generates around 6,500 direct jobs in the Valencian Community, which represents 13.8% of the total gaming employment in Spain, among manufacturers, marketers, operators, gaming halls, betting companies, bingo halls and casinos.

In addition, indirectly the gaming sector in the Valencian Community generates more than 30,000 jobs, taking into account those indirectly related to the hospitality sector, to which should be added the number of ONCE employees and the network of vendors of the State Lotteries and Betting (SELAE).

In 2019, the total number of companies that make up the Gaming Registry of the Valencian Community amounted to 766, of which 467 are gaming operators, 133 gaming hall venues, 79 gaming equipment manufacturers, 62 bingo halls, 16 gaming marketers, another 6 gaming betting companies, and 3 casino companies.

During 2019, the Generalitat has collected a total of 157 million euros in its own taxes on land-based gaming, to which must be added 13.18 million euros from online gaming, under state jurisdiction. In total, the amount entered via taxes for this concept exceeds 170.18 million euros, which represents an increase in collection of 12.85% compared to the amounts collected in 2018.

Taking into account the different subsectors, and without considering online gaming, which is a state competition, the amount collected in the Valencian Community is distributed as follows: 98.8 million from recreational and gaming machines; 13.6 million, of bets; 38 million, from bingo halls; and 6.4 million from casinos.

Gaming is divided into three subsectors based on the operator: the Private Subsector, which includes Casinos, Bingos, Bets, and Recreational Machines, which are managed by private companies and whose regulation is the responsibility of the Generalitat; the Public Subsector managed by the State Lottery and Betting Society of the State (SELAE); and the pseudopublic subsector that corresponds to the ONCE.