-SPECIAL REPORT by INFOPLAY-
The future of online poker: the disappearance of the professional player, the perfect fit with Responsible Gaming and the rise in ASIA 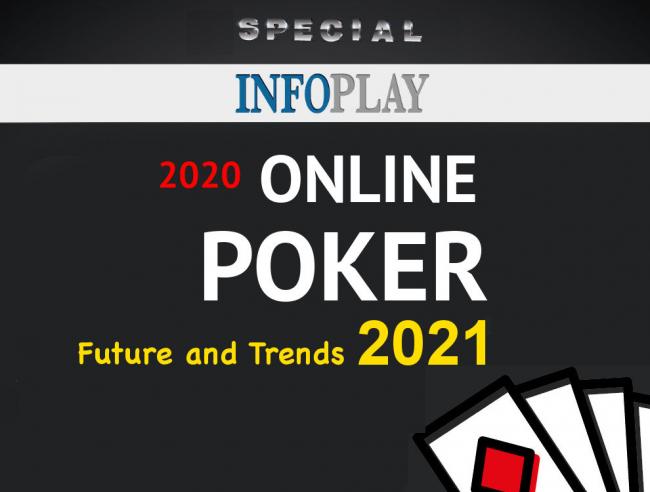 Already immersed in the final stretch of the year 2020, we review how the behavior of one of the most important verticals of the internet game has been: online poker and we anticipate how the next product will be, marked to a large extent by its promoter that fits with the functionalities and rules that new markets are incorporating for protection and regulatory compliance.

Although in Spain it seems that the future of online gambling in general and online poker in particular depend to a great extent on the Advertising changes that took effect on October 15, the reality of this segment depends much more on the trends and news coming from the international scene.

In this SPECIAL REPORT by INFOPLAY on the future of online poker we will build an optimistic discourse that is based on the idea that 2020 has been a year of recovery for the sector and that there are clear indicators that 2021 will be a year where it will continue to grow. To answer the question if we will experience a poker boom similar to that of 12 years ago ... it is still difficult to answer, but we will find enough arguments in favor in the next few lines ...


Although the annual traffic estimates already pointed from the last months of 2019 and the beginning of 2020 to a good performance of online poker both in regulated markets and in the emerging environment of operators for the Asian public, both the quarterly reports issued by the regulators of Italy, France and Spain in the first and second quarters of 2020, as a recent study by the specialized portal PokerFuse, leaves no doubt: poker rooms such as PartyPoker, the operators that share the iPoker network and the Asian giant GGPoker have increased their traffic in approximate values ??of 30%, 60% and 208% respectively.

In this way, we would not even need to search for more data to confirm that in the same way that gaming products such as Virtual Sports or casino games have grown in the context of confinements and the situation of the global Covid pandemic- 19, poker has also increased remarkably and has proven to be a segment to watch for the future.

A reality from which the United States does not escape, where before the legalization of sports betting it seemed that poker had been in the background and many states had suspended their legalization plans. However, currently states that already had poker since 2017 such as Pennsylvania, Delaware, Nevada, and New Jersey have reported growth of up to 90% of the traffic of poker players in online rooms that operate with licenses. That is why interest in poker returns to the forefront and the large listed companies that have interests in poker in the United States remain strong, expecting a very positive return in the coming years.

But aside from the jump in poker quality in regulated markets in Europe and the United States, Asia takes most of the credit for this strong rally. Thanks to the Asian continent, it can be said that there are currently about 10 million online poker players in the world. And with that target audience of a game that flags the talk and has an enthusiastic audience, it seems logical to think that the best is yet to come.


Advertising on television and spaces dedicated to this game, mainly Texas Holdem poker tournaments, were key to the success of poker in the past decade with companies such as Fulltilt Poker, PokerStars, Pacific Poker and PartyPoker investing heavily in mass marketing in the world. which at that time was the medium with the greatest capacity to attract fans.

Currently the reality has changed and as has happened with the Fantasy Games, poker in recent years has not needed its own spaces or advertising in programs broadcast in "prime time" spaces. Poker has adapted perfectly to new communication trends and has been able to grow through "word of mouth" which today is synonymous with social networks and shared audiovisual content.

So as happened with successful programs more than twelve years ago such as "Poker After the Dark" or "High Stakes Poker", in addition to their return, now poker has great success on YouTube and Twitch, the platforms from which new generations have put eSports above the film industry "made in Hollywood".

Regardless of whether the new advertising regulations are restrictive and do not allow the future use of celebrities or influencers to create content on these platforms, the truth is that it is the players themselves who are the generators of the majority of hours of videos on them.


Although it is a specific case, we consider it more than significant because it is the historical giant and dominant operator in the last decade of online poker: PokeStars. And it is that the company of the red pike, has surprised this fall with a recruitment campaign of more than 400 incorporations to its staff; mainly positions related to programming and customer service.

The reason? Try to dominate the technology and product development component again in the next decade. And it is that this together with good customer service is still considered key to success in this segment. And is that in recent years, strong competition in European regulated markets (with Winamax surpassing them in France and Spain) and in the US (where PartyPoker and 888 still ahead in the market as a result of their agreements with local partners) has made this position of PokerStars leadership has been fading ...

The expected rebound of live poker when the pandemic is controlled


Although it is practically certain that the calendar year will be far exceeded - at least - since the live poker circuits have completely disappeared from the face-to-face poker offer, the success that the online versions of festivals of tournaments such as the WSOP have shown, CNP 888 in Spain or the European Poker Tour at the European level, make foresee that there are alternative formulas with a route to the normal celebration of this kind of events.

But when the health alert comes to an end, it is entirely probable that the "thirst" for live events will cause the offer of qualifiers and satellites for face-to-face events to once again gain an important space in the poker sections and tournaments of the on-line portals.


Although we should consider what we show in this section as a real challenge for the growth of poker, there is certainly the certainty that although regulators can restrict advertising and obviously this affects the arrival of players, the truth is that the poker product adapts much better at these measures -which bring for example an almost total advertising presence- than sports betting or online bingo.

So although new regulated markets that will arrive in 2021 such as Germany or Ukraine are already starting with far-reaching restrictions; many of these have been a reality for some time in regulated markets such as Spain or Italy. Taking Germany's new regulatory framework as an example, here are some of the most important changes facing poker players and operators in 2021:
Broadly speaking, the actions cited what they do is discourage professionalism among the community of poker players, so it is the recreational fan who will find more peaceful tables to have a longer playing experience.

That is why the main consequence of these measures will be the disappearance of the professional poker player: a phenomenon that has already occurred in Italy, France, the United States or Spain and that only represents 0.5% of the users of a poker room.