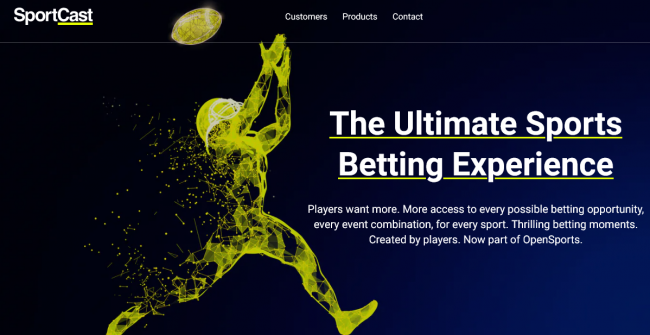 Scientific Games Corporation has announced the acquisition of SportCast, recognized for promoting sports betting user action through their product, technology, and pricing experiences. This transaction undoubtedly seeks to revolutionize the way of interacting with sports betting.
INFOPLAY/ COMUNICADO |
2021/5/28
ADVERTISING
Scientific Games has reported that, following its founding in 2013, SportCast has gained recognition as a leader in sports betting player engagement. In this regard, they are developers of BetBuilder, a feature that allows players to create bets on multiple markets in a single game with instant prices through a seamless user interface.

Keith O'Loughlin, EVP Sports for Scientific Games, commented: "For sports fans, the ability to define the story of the game, bet on it and watch it live has become a thrilling way to engage in the action." Thus, he highlights that the acquisition of SportCast will allow the company to boost its global sports expansion based on data.

Jordan Levin, Group CEO, Digital for Scientific Games, welcomed the great SportCast team and underlined that they share with them the “focus on performance at scale and fan engagement”, which will contribute to their leadership in the market.

Along the same lines, Ryan Coombs, CEO of SportCast emphasized the positioning of Scientific Games in the global market, as well as its great potential, so that it will be possible to promote sports betting. On this goal, he said: "We set out to re-imagine the sportsbook of the future-smart, high-margin and simple for operators-whilst offering unparalleled next generation experiences for players".

Scientific Games has explained in a press release that SportCast's technology is capable of processing over 12,000 bets per second across major global sports including: American Football, Baseball, Soccer, Basketball, Ice Hockey and Tennis. Plus, it uses proprietary cloud-based technology and built-in machine learning models for speed and accuracy with fast response times.