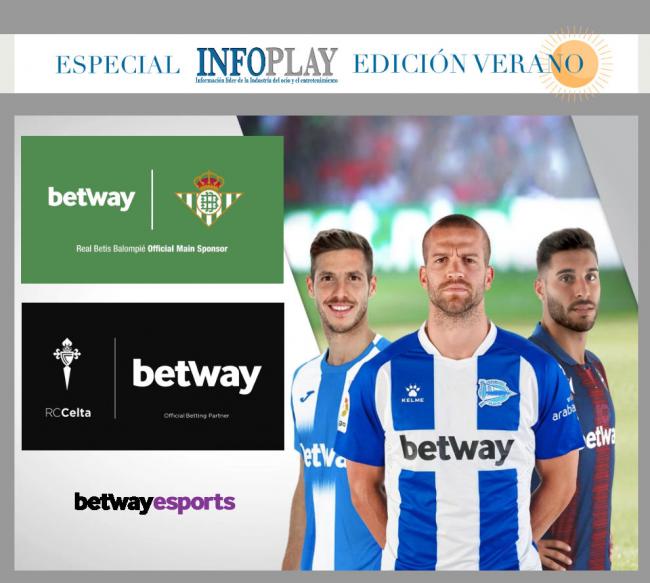 The search for profitability in sports sponsorship agreements is one of the great challenges faced by all companies that choose this way of gaining notoriety. The intrinsic values ??of sport and a massive public are the two reasons that have led to the football club jerseys, the advertising on the pitch, competitions and events, sports federations and even the names of clubs and stadiums being advertising platforms. for many sectors.

In the case of the gaming industry, dozens of operators in recent years have opted for sponsorships, especially because of the evident synergy with today's flagship product, sports betting.

But although it is an already very mature form of branding and that in times of crisis is usually very affected, in the context of the competitive online gaming sector, versatile and uncertain as few at the regulatory and communications level, sponsorship continues to be presented as the great cover letter for numerous actors.

On a strategic level, Betway's sponsorship policy becomes the most striking success story of what we could call the transition from an approach totally oriented to its national target audience, the British client (the same one that for more than a decade has pulled from the bandwagon of a pioneering gambling market), until today, where it stands out for being the protagonist of a positioning as a global player in sponsorship agreements in the different regulated markets in which it operates.

And it is that Betway currently has -in addition to global licenses in Malta- with specific authorizations to operate in the United Kingdom, Italy, Denmark, Spain, Belgium, Germany, Sweden, Mexico, South Africa and Ireland.

Thus, in this brief journey through the history of Betway in its expansion through advertising or patronage in sport, we will review four distinct stages:

Operating since 2006 in the United Kingdom, initially and until 2015, Betway bases its sponsorship policy on trying to achieve maximum visibility in what is its main market: England, Wales, Northern Ireland, Scotland and shortly after Ireland.

Positioning itself in popular sports in the Islands such as darts, cricket and horse racing allowed the operator a more than decent visibility in a time of great competitiveness to become known. Once the project was consolidated, in 2014 they achieved a first great deal by becoming a sponsor of the Premier League Darts. Shortly after, they made the leap to boxing with great publicity coverage in a historic fight between Carl Froch vs George Grove, becoming the main sponsor of an evening at the legendary Wembley Stadium.

But it was in 2015 where an important change was seen, after achieving historical success as a sponsor of the Davis Cup of tennis in the year in which Great Britain would triumph with an Andy Murray beating the great teams led in this competition. by Rafa Nadal, Novak Djokovic or Roger Federer.

The commitment to this global competition with visibility on the five continents led Betway to change its course and after a productive relationship with the International Tennis Federation - an organization that at that time was fighting intensively against betting fixation in this sport- the company was ready to grow.


Stage 2 - A TOP sponsorship in the Premier League


With the top football competition in England, the Premier League, beginning to receive multimillion-dollar investments from the Middle East and Asia, they started an ambitious project of joining one of the most emblematic teams in London. In this way, as many operators did at that time, both international (Dafabet) and the traditional ones in the United Kingdom (PaddyPower, William Hill, 888, bet365 or Betfair) Betway became the main sponsor of one of the 4 main football clubs of the Premier, West Ham United FC.

A great investment but that served to position itself in a competition that did not stop growing and that already had millionaire audiences, surpassing the NBA of american basketball or the La Liga Santander of Spain, which focused its attention on the rivalry Real Madrid - FC Barcelona with Cristiano Ronaldo and Messi still starring in the best sporting duels at the audience level.


The entry into the Premier League allowed a change of strategy at the level of other sports and little by little the sports sponsorships that characterize the entertainment season in the United Kingdom were put aside. And after football, the big bet and an unprecedented success story, was the investment as a sponsor in the world of electronic sports.

With a first major sponsorship contract with one of the pioneering organizations and a very recognized brand in the world of eSports such as "Ninjas in Pijamas", sponsorship agreements followed one another and in addition to professional teams, Betway became a standard bearer for international competitions of video games and any event related to the sector such as campuses for fans and congresses.

If something stands out about Betway's adventure in eSports, it is the activation of the sponsorship carried out, which has made the operator one of those that most and best treats video game competitions in their own game offer, as we currently see at Betway. It is where the visibility of eSports bets and broadcasts is maximum, with its own esports section located in the main menu of the home at the same level as sports, live casino and casino games. 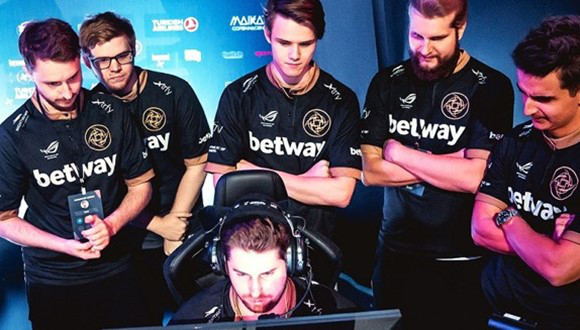 Stage 4 - Soccer as a global showcase


In this context of an operator with enormous brand recognition in the UK, with a strong sponsorship in the Premier League and with outstanding visibility in the world of eSports, the following sponsorship deals keep coming in and generally cover competitions and teams from importance in the different regulated markets.

Simultaneously with its expansion into different regulated markets in Europe, Africa and Central America, Betway is positioning itself with agreements for example with clubs in the Belgian football league or professional competitions in Sweden and Italy.

And it is within this framework, where last year the three sponsorships to teams that played in the La Liga Santander -Alavés, Levante and Leganés- and these days, surpassing any other operator by reaching agreements with Betis and Celta. 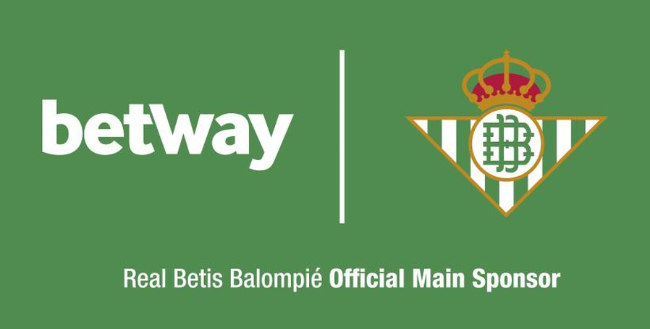 In this way, the British operator is already able to compete face to face with companies established since the beginning of the regulated market and with enormous experience in sponsorship in Spain such as bwin or Betfair, showing that even paying up to five million euros per year Betis, It has higher expectations and a growth plan that - as happened last season - is no longer based on gaining visibility in teams called to fight for permanence; but now has two of the clubs with the potential to shine in the competition.

We end this analysis focused on Betway by announcing that we will shortly publish a following related SPECIAL article in InfoPlay, we will dedicate to delving into the particularities of sports sponsorships in Spain at this current moment (August 2020), marked by the impact of Covid-19, the financial crisis in the sport and the intimidation situation generated by the next publication of the new Advertising Law, which could see the light in this month of October.