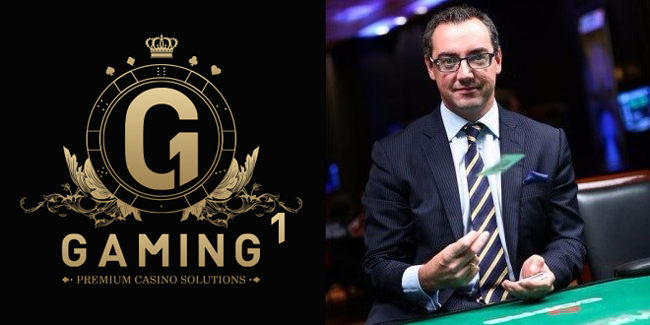 David Carrion has extensive experience in the sector that includes having served as Marketing Director of Pokerstars between July 2017 and December 2018. In addition, he was Commercial Director BetWarrior and is well remembered in Latin America for his work as Director of the memorable Latin American Poker Tour (LAPT), his great influence for the development of the Brazilian Series of Poker and for his leadership in the PokerStars Caribbean Adventure.

Selected for his data-driven skills and approach, the role will see Carrion build on the widespread international awareness enjoyed by Gaming1’s distinguished brand name, as well as taking the helm at one of the industry’s largest data science teams.

Gaming1’s CMO brings a wealth of experience to his new position, notably at the BlackStone-owned Spanish Casino Group Cirsa, and at The Stars Group, where Carrion led the company’s digital marketing transformation and growth before becoming Marketing Director of its renowned brand, PokerStars.

Commenting on the appointment, Gaming1 COO & Co-Founder Sylvain Boniver, said:
"On behalf of everyone here at Gaming1, I’d like to wish David the warmest of welcomes. A world-class addition to our team, his appointment forms part of a recruitment drive aimed at accelerating our continued international expansion into crucial markets such as the US."

"We are a data-obsessed company so with David’s precise, data-driven approach, as well as a remarkable skillset and experience portfolio, he’s perfectly placed to help take our brand to the next level."

David Carrion, CMO at Gaming1, added:
"I’m delighted to be overseeing one of our industry’s foremost data science teams and feel confident that Gaming1 can continue its impressive growth streak in the weeks and months ahead."

"The company’s history and goals align very closely with my own, and the strength of our talented team gives me full confidence that we can make these ambitious expansion targets a reality."