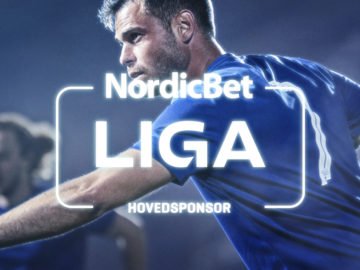 NORDICBET, a brand of the Betsson Group, has resumed the sponsorship agreement for the first division football league in Denmark.
INFOPLAY |
2021/5/27
ADVERTISING
Betsson Group has reported that this renewal means that Denmark's second-largest football league will be known again as the NordicBet Liga.

It should be noted that NordicBet has sponsored this league since 2017 and had to stop last year due to a change in regulation. Now, after the modification of the rule they have signed a new agreement for the 2021/2022 season, which means that this league will be known again as NordicBet Liga when it begins on July 25, 2021.

Referring to the resumption of the sponsorship, Claus Thomsen, CEO of Divisionsforeningen, is pleased that the unfortunate suspension of the deal did not diminish towards NordicBet’s commitment to Danish football and highlights that it is a “stable partner with a focus on responsible gaming”.

On the other hand, Ronni Hartvig, Chief Commercial Officer at Betsson Group, celebrates being able to resume this great partnership and highlights: “Our goal is to continue to strengthen the league and drive new initiatives that we hope will bring fans even closer to the clubs they support”.