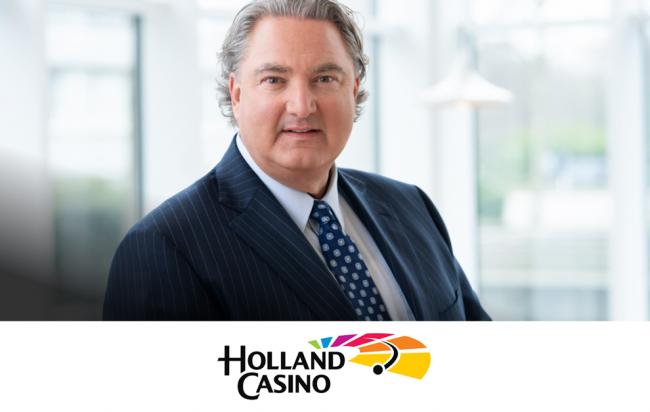 Holland Casino has announced that, after six years as CEO, Erwin van Lambaart has been appointed Chairman of the Board of Casinos Austria and will resign from his position in March 2022. In this sense, they affirm that he will continue to fulfill his functions in the coming months and carefully transfer his functions.
INFOPLAY |
2021/11/23
Erwin van Lambaart joined the Holland Casino Board of Directors in March 2016 as CEO. In December 2019, he was re-elected for a second four-year term. In those years, he radically restructured Holland Casino and made it future proof, managed to further anchor the social role and responsible gaming as key points, as well as opening three branches (Venlo, Utrecht, and Amsterdam).

Along these lines, the company stresses that thanks to van Lambaart's work they have been able to strengthen themselves despite difficult conditions such as the health pandemic caused by COVID-19.

On this momentous change, Erwin van Lambaart expressed his gratitude to the Holland Casino team and stakeholders for their commitment and trust. Likewise, he assures that, thanks to this joint work, Holland Casino is "a responsible, pioneering and pleasant company, where guests feel more than welcome and valued in all locations".

Thus, van Lambaart recalls key moments in his management, such as the launch of the online casino or the opening of branches. He also values important work done around safe and responsible gaming.

On the other hand, Willem Bröcker, Chairman of the Supervisory Board of Holland Casino, has expressed his gratitude and good wishes for the departure of Erwin van Lambaart and says: “Due to his vision and the strategic decisions that he and his team made, the position in the Netherlands and in Europe is stronger than ever. His keen eye for entrepreneurship and social responsibility, his good relationship with the many stakeholders, his anticipatory and results-oriented operating style, and his high-quality sense of hospitality, entertainment and regulations have made Holland Casino stronger on all these fronts”.