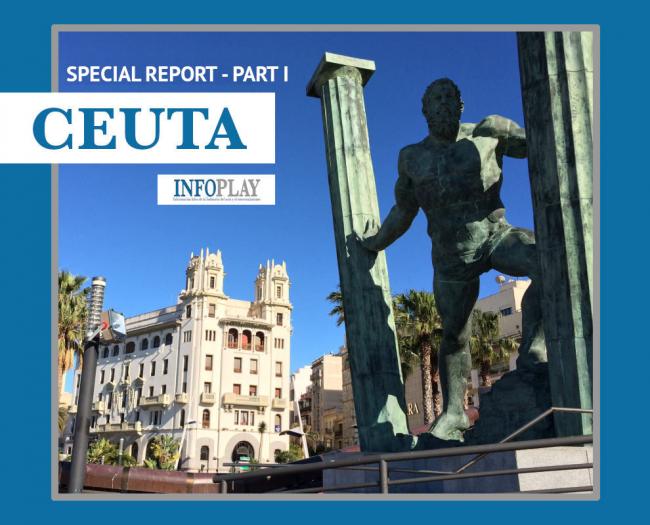 Based on an independent report by Ernst & Young, we recapitulate in a 3-part INFOPLAY SPECIAL REPORT the decisive advantages found by gambling operators established in the Autonomous City of Ceuta. In this first part, we focus on the significant reduction in the tax on gambling activities, and on tax benefits in the other taxes - direct and indirect -.

INFOPLAY |
2020/9/25
The spanish Autonomous City of Ceuta, with almost 85,000 inhabitants, has an area of ??19.48 square kilometers, it is one of the locations with more land. In this INFOPLAY SPECIAL REPORT, based on an Independent Report by Ernst & Young -which we will attach at the end of the third part- we will analyze the factors and characteristics that have made Ceuta one of the favorite locations for companies in the online gambling sector to settle in its territory.

And we will do it through three independent articles. The first will focus on everything related to taxes (both general and particular on Gambling Activities in Spain), bonuses and how to contribute to Social Security. The second will review the many other advantages -of all kinds- that the operators who decide to settle in the Autonomous City are finding. And finally we will explain which online gambling operators have already been successfully installed in the last two years and why they prefer Ceuta to other territories such as Gibraltar.

The Autonomous City of Ceuta, with almost 85,000 inhabitants and an area of ??19.48 square kilometers, is one of the locations that, due to its geographical location, has -together Melilla- a special tax regime, of which the Spanish Tax Agency and the State Tax Administration Agency-Ceuta and Melilla, are responsible for ensuring.

Although the most notable aspects of this status can be consulted in the Regulations on the Special Tax Regime of Ceuta and Melilla, in this first part of the Special we want to point out all the tax advantages that companies and employees of gambling companies can benefit from.

- Taxation in the Tax on Gambling Activities

Since Spain became a regulated online gambling market, operators who wish to offer their services in the country need gambling licenses -general and singular according to the different authorized games- and pay a percentage of their income.

This percentage in Ceuta is limited to 10% of the net income that is collected in most games, which implies a 50% discount on the general tax rates regulated by the Gambling Regulation Law.

To have this first advantage (pay 10% of the Net Profit of the Tax on Gaming Activities instead of the 20% that must be paid anywhere else in the country) it is only required that the operator have tax residence in Ceuta and that in addition is actually established in the Autonomous City.

- VAT is not applicable to operators in Ceuta

The indirect tax that causes the most impact on the taxation of companies in the sector is VAT, since online gambling operators established both in Spain and in other EU countries cannot deduct VAT paid for advertising and marketing services. Something that implies an extra cost of 21% in the general Spanish case since this is the general VAT rate in the Peninsula.

But the gambling sector in Ceuta has an exemption from this VAT, having to face only the IPSI (Tax on Production, Services and Import), which also barely reaches 0.5% due to the fact that in the Autonomous City It applies to consultancy, data protection providers and information and content providers for gaming operators.

- Deduction of 50% of the Corporation Tax


Like any Spanish company, companies established in the Autonomous City of Ceuta are subject to Spanish Corporation Tax. However, they benefit from a 50% reduction in the amount to be paid each year of the Corporation Tax. 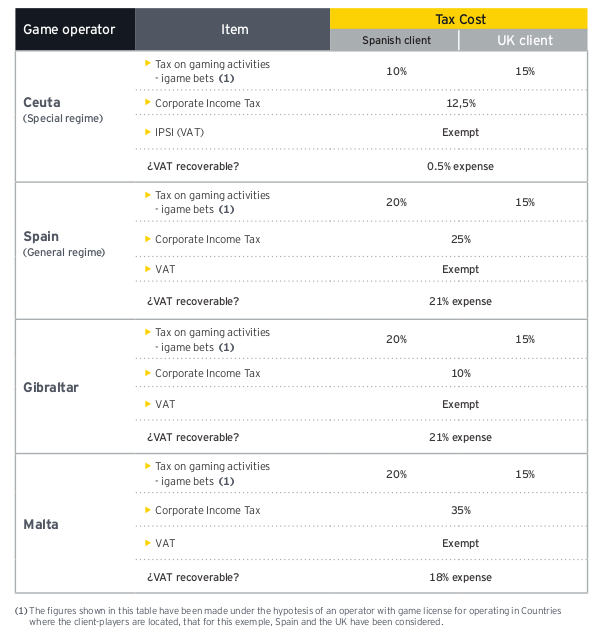 The Autonomous City of Ceuta not only attracts companies. Tax advantages are shared between employers and workers. For example, there is a significant percentage of deduction on the sum of income tax, specifically 60% of the sum of the state and regional amounts payable. A discount that resident taxpayers benefit from as non-residents in the Autonomous City.

For non-residents in Ceuta, the deduction will be exclusively applicable to income accrued in the city, including income from economic activities, income and real estate capital gains, income from some personal property, made, located or accrued in the territory.

At the level of freelancers (self-employed), the mere fact of being registered in the Special Regime for Self-Employed or Self-Employed, residing in Ceuta and offering services in the activities of the sector in companies established in Ceuta, implies that they have the right to a 50% discount on your Social Security contributions for common contingencies.

The advantageous tax system that we are explaining is also specified with many other examples; as a Bonus on Patrimonial Transmissions and Documented Legal Acts of 50%, or the same percentage (50%) of the Tax on Inheritance and Donations. A reality that is transferred to most local taxes, which have a 50% discount and from which only some taxes "escape" for certain means of transport and electricity, although they do exist in the field of construction and repair work. .

Thus, we are facing a territory that offers the maximum guarantees to protect both companies and individuals; something that we will confirm in the second part of this SPECIAL REPORT where we will also insist on wealth and income taxes.

But mainly we will delve into the constant improvements that are taking place in a region in full development that, in addition to a magnificent location at the entrance to the Mediterranean, has become the improved alternative to other jurisdictions traditionally connected to the gambling sector, which now with a new tax environment can compete on equal terms with low-tax territories and even those considered Tax Havens.