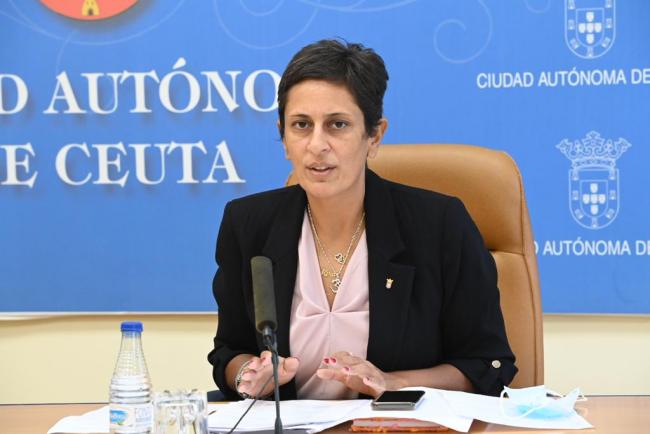 Kissy Chandiramani, Counselor of Finance, Economy and Public Function of the Autonomous City of Ceuta, has made a financial balance and exposed the own, state, and European resources that have been activated to face the “triple crisis” that Ceuta has suffered.
INFOPLAY |
2021/10/8
ADVERTISING
The Ceuta government has reported that the situation required the mobilization of up to 240 million, additional to those already contemplated in the Budgets, and that they made it possible to face the health emergency and the migration crisis of May "in a more sustainable way."

As explained by Chandiramani, the consequences of the implementation of extraordinary resources are already being noticed in the affiliations to Social Security. More specifically, the number of affiliates is like the number achieved before the COVID-19 pandemic.

Also, the counselor values the 8 million increase in the IPSI compensation received by the City, especially considering that in 2020 the collection of the tribute fell by almost 50%.

By detailing the income received, she reports that from the State, the City has received the parts corresponding to the so-called COVID Fund: 25 million in 2020 and 10 more in 2021. Likewise, the Government of the Nation has transferred 3.5 million to aid migrant minors, 13.8 for aid to companies that can be requested until the end of October, 1.5 for urban transport and 2.4 for various social programs.

About European funds, Ceuta has received 25 million from the REACT-EU Fund that will allow an increase in aid to companies, more investments, or the hiring of people at risk of social exclusion or women.

On the other hand, the arrival of funds, 40 million, from the Recovery and Resilience Mechanism, has been committed through different sectoral tables. To this figure will be added the 40 million that the Autonomous Administration within the ERDF operational program 2021-2027.

Chandiramani also reported on the refinancing of the loans that the City carried out in 2020 and that it will use 42 million to address the health situation. In parallel, the City Government implemented fiscal measures to help SMEs and the self-employed.