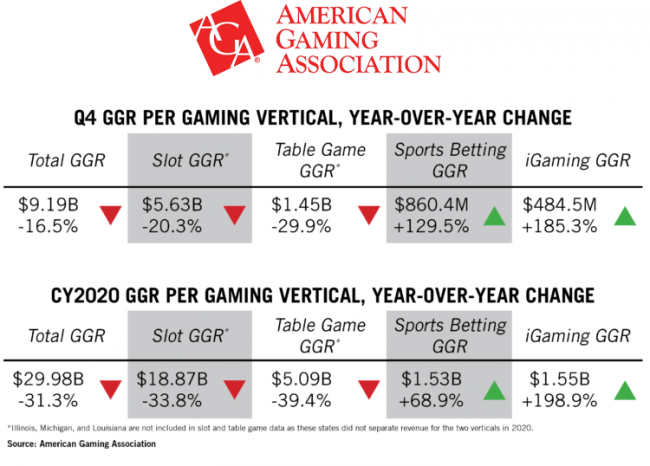 The American Gaming Association (AGA) has released the 2020 report that presents monthly, quarterly, and year-to-date gross gaming revenue (GGR) at a state and national level, broken down by individual gaming verticals. In this regard, the document highlights that the health crisis of COVID-19 has caused revenues to reach their lowest level in 17 years.
INFOPLAY/ COMUNICADO |
2021/3/1
ADVERTISING

According to data from the AGA report, commercial casino gaming revenue (GGR) totaled nearly $ 9.2 billion in the fourth quarter of 2020. This is down 17 percent compared to the same three-month period in 2019, but up slightly (+ 1.7%) from the third quarter.

In 2020, the US commercial casino industry reported annual revenue of $ 30 billion, marking the market's first contraction since 2014. In other words, the pandemic-driven declines resulted in the lowest revenue level since 2003 when the commercial industry generated $ 28.7 billion from legal games in 11 states. It should also be noted that during the Great Recession between 2007-2009, gaming revenues fell by 8.4%, a figure much lower than the 31.3% registered in 2020.

Despite the dramatic overall revenue decline in 2020, prior to the pandemic, the gaming industry was primed for another record year. In January and February, revenue grew 11.4% over the same period in 2019. 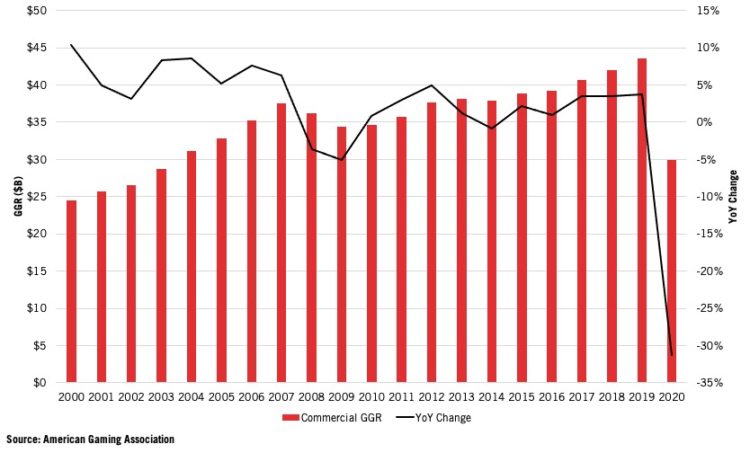 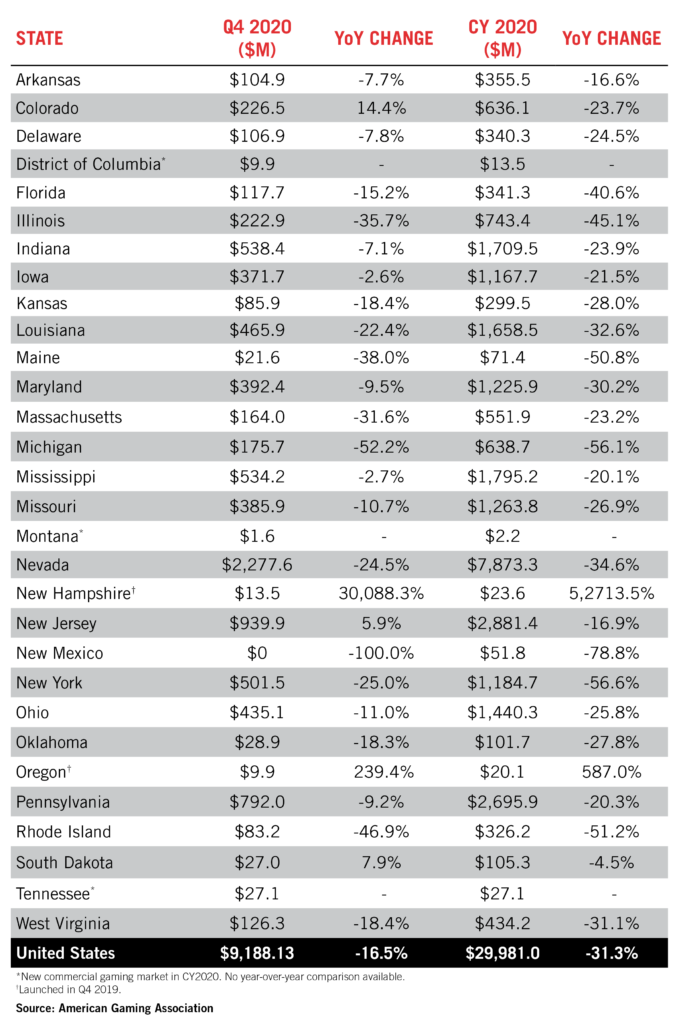 Commercial casinos lost 27% of normal operating days (45,602 total) throughout 2020 as a result of mandatory closures from COVID-19 and hurricanes along the Gulf Coast. In a normal 2020 with 366 days, commercial casinos were expected to be open for a total of 170,484 business days, compared to 124,882 today. In this regard, the AGA emphasizes that even after the reopening, the casinos continued to operate at reduced capacity or with limited services. 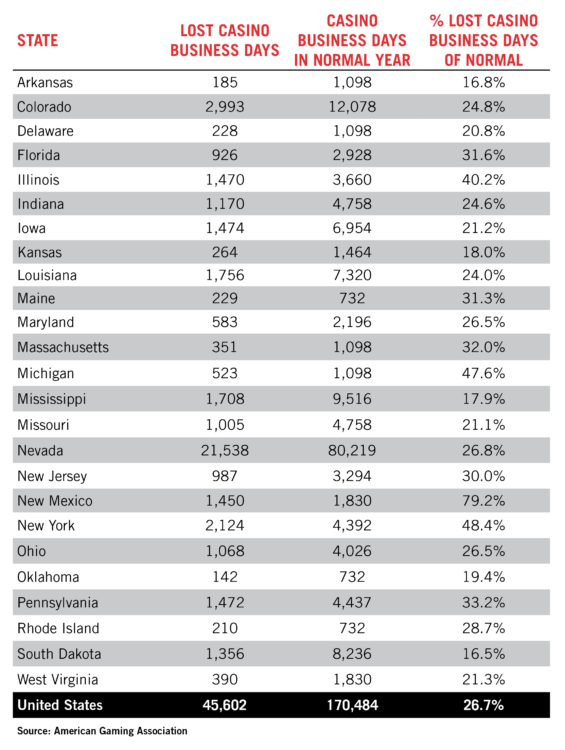 The vast majority of commercial casinos were open in some capacity in the fourth quarter of 2020. Only seven percent of normal operating days were lost in the last quarter of the year, despite a second round of statewide shutdowns in Michigan (Nov. 18), Illinois (Nov. 20), Pennsylvania (Dec. 12), and Rhode Island (Nov. 29). This can be compared to 10 percent of normal operating days that were lost in Q3, 75 percent in Q2, and 15 percent in Q1.

By the end of the year, 37 commercial casinos, or eight percent of the 469 total, remained shuttered in Louisiana, Nevada, New Mexico, and South Dakota.

The report highlights the strong growth in sports betting and iGaming and explains that the fact that overall gaming revenue still improved by 1.7% between Q3 and Q4 certifies it.

Year-over-year gains were similarly impressive, as launches of sports betting across seven jurisdictions and the continuing maturation of existing markets boosted national sports betting by 69 percent year-over-year to more than $ 1.5 billion in revenue. New markets and consumer demand also grew the annual U.S. handle by 65 percent to $ 21.5 billion despite widespread sportsbook shutdowns and an abbreviated calendar of major sporting events.

iGaming generated nearly $ 1.6 billion in revenue in the four markets that were operational in 2020 (excluding Nevada online poker), or triple (199%) the amount produced in 2019.

In summary, during 2020 the combined revenues from sports betting and iGaming represented more than 10% of the annual GGR, compared to 3% in 2019.