Entain Doubles Funding to SportsAid Through to Paris 2024 Olympics 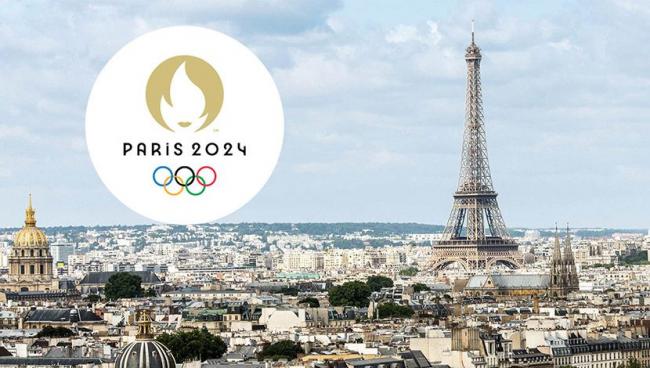 Entain announces that its Foundation has extended its long-term partnership with sports charity, SportsAid, to provide critical funding to the most talented young British athletes all the way through to the Paris 2024 Olympic and Paralympic Games.

INFOPLAY |
2021/8/25
ADVERTISING
The Entain Foundation will double its financial backing thus far to SportsAid, taking its total financial commitment to around £500,000 by Paris 2024– making Entain one of SportsAid’s largest corporate partners.

The extension comes as the Paralympic Games get underway in Tokyo. Around a quarter of the Entain-SportsAid recipients are para-athletes, aiming to compete in future Paralympic Games. Recipients include para table tennis player Craig Allen; the wheelchair fencer Abigail Marshall; track and field stars Charles Dobson and Joel Clarke-Khan; and wheelchair basketball talent Dylan Wade.

Entain (owner of Ladbrokes and Coral in the UK) first partnered with SportsAid, a charity dedicated to support the next generation of elite British athletes, in 2018. Entain supports over 50 aspiring athletes a year across England, Northern Ireland, Wales and Scotland with each athlete receiving an annual financial support to contribute towards training, competition, travel and equipment costs.

In addition to direct financial assistance, Entain also works with SportsAid to supply athletes with recognition and personal development opportunities. An integral aspect of the partnership is the delivery of workshops for the athletes and their parents and guardians, where they receive expert advice on a range of topics including nutrition, mental wellbeing and dealing with the media.

Grainne Hurst, Group Director of Corporate Affairs at Entain: “Following the incredible performance from British athletes at this year’s Olympic Games and the Paralympics getting under way in Tokyo, we are delighted to extend our SportsAid partnership for a further three years. Our collaboration with SportsAid is a huge source of pride for everyone at Entain and plays a pivotal role in supporting the next generation of British sporting heroes.”

Danny Crates, former 800m Paralympic gold medallist, world Champion and former world recorder holder: “Talented young athletes need the right support, at the right time, to help them fulfil their potential and ultimately achieve their ambitions,” said Danny Crates – a Paralympic gold and bronze medallist who is a leading SportsAid ambassador. “SportsAid has maintained a crucial presence across British sport over the last 45 years – playing an important role in the country’s international success throughout that time.

“It’s the overall package offered by SportsAid which helps make such a difference to athletes – financial backing, recognition of talent, workshop support, personal development opportunities – and this has really been enhanced in recent years. The outstanding commitment of the charity’s partners, such as Entain, is vital to making that a reality and I’m delighted to see this relationship going from strength-to-strength.

”Tim Lawler, CEO of SportsAid said: “Entain’s extended commitment will take us all the way up to the Paris Olympic and Paralympic Games in 2024 and comes at a very important time for talented young athletes – particularly following a challenging period over the last 18 months.

“Our partnership with Entain has continued to evolve year-on-year and the well-rounded support provided to these aspiring young sports stars gives them added confidence and motivation to pursue their ambitions. We have also seen an increased awareness of SportsAid and a much wider audience is hearing the stories behind the next generation of sporting heroes.”

The support for young athletes via SportsAid is part of The Entain Foundation’s multi-million-pound grassroots sports investment programme. This also includes support for local football clubs in the Trident Leagues, as part of the “Pitching In” initiative, backing for aspiring Greek athletes through bwin’s Team Future programme and further international initiatives in the countries in which Entain operates to support grass roots and community sport.