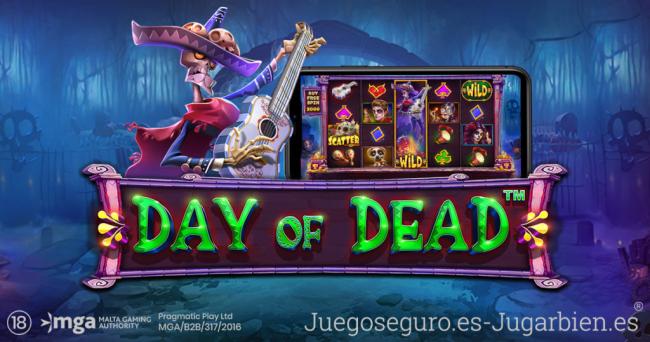 Pragmatic Play is inspired by the popular Mexican Day of the Dead holiday, invites players to lace up their dancing shoes and join the celebrations in the new release: Day of Dead ™.
2021/10/22
ADVERTISING
Pragmatic Play explains that this is a slot with eye-catching visual effects and a fiery fiesta soundtrack.

It should be noted that central to the game’s action are the Wilds, one of which will move one space across the reels with each spin until they fall off, paying any wins and triggering respins before they do. Respins will continue to take place until there are no Expanding Wilds in view.

Along the same lines, landing three Scatter symbols on the first, third and fifth reels in the base game triggers the Free Game feature. There is no set number of spins here, rather the feature will continue to operate if there are Expanding Wilds on the screen.

Players in eligible jurisdictions can take advantage of the Buy Feature, costing players 100x their stake to trigger the Free Game feature on the spin that follows.

The Day of Dead ™ release arrives swiftly after recent hits Cash Bonanza ™, Mystic Chief ™, and Piggy Bank Bills ™, which exist amongst a collection of over 200 HTML5 titles in Pragmatic Play’s award-winning games portfolio.

When referring to this slot, Yossi Barzely, Director of Business Development at Pragmatic Play, highlights the striking visual elements that characterize this Mexican party and says: “We are thrilled with how Day of Dead ™ has shaped up, with its dazzling graphics and unique mechanics combining to bring something entirely new to our portfolio."

Pragmatic Play currently produces up to five new slot titles per month, while also offering Live Casino and Bingo games as part of its multi-product catalog, available through a single API.