WILL IT GET WHAT MEDIAPRO, ATRESMEDIA AND MEDIASET RESISTED?

Green light for DAZN BET: the promising horizon of the new operator called to change the online betting sector 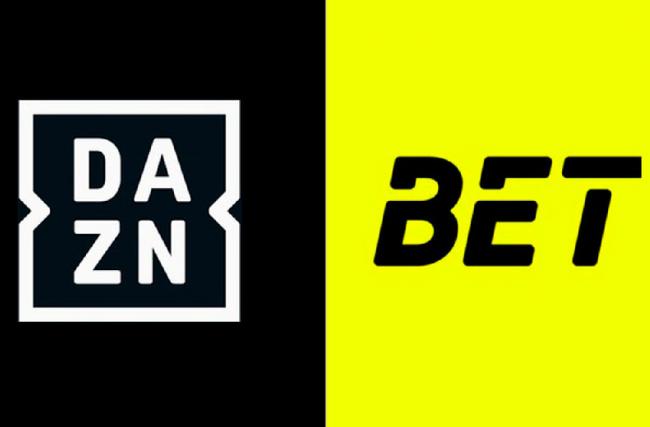 Although the true intentions of the DAZN Group in Spain are not yet known, the launch of DAZN Bet in the United Kingdom alerts us once again to a reality that, although it has not been exempt from notorious failures, could revolutionize the online gaming sector. We analyze the posibilities of an international expansion and of obtaining one of the DGOJ licenses in Spain.
INFOPLAY |
2022/9/19
To the proven investment capacity to acquire audiovisual rights and produce top-level sports content, DAZN adds a growing customer base to embark on the adventure of creating DAZN Bet, with the aim of competing in the niche of sports betting for recreational players.

If anyone has the ability to create a more social and innovative product in the user experience, this is an audiovisual giant of the stature of DAZN.

Its most impressive differential will be the consolidated and groundbreaking brand image that has been built in recent years. Something that although they do not pronounce well has led them to be present in the competitive and extremely expensive markets of world sports on television... and growing. From the UFC, Formula 1 and MotoGP, the Champions League, the League, the Premier League, the recent agreement with the Women's League and its expected assault on the world of American sports with advanced negotiations with the NFL and NBA.

Why has DAZN made its debut in the sports betting sector? A question to which we want to answer in the next few lines. Firstly, explaining who his ally is in this adventure, and then delving into the differentiating elements that should make an actor with these characteristics certainly called on to revolutionize our industry.

Finally, we will cite similar cases that -we anticipate- did not end well and we will ask ourselves if this movement can serve Disney / ESPN to find inspiration or anticipate its results in the jump to betting also as an independent operator.

Despite the constant injections of millions that DAZN receives from its investors, a business venture of these characteristics cannot take shape without a notable partner with experience and recognition in the sector.

This is the case of Pragmatic Play, the Gibraltar-based company chosen by DAZN to become its technological and strategic partner. With extensive experience developing its own slot games, poker platforms, bingo and casino games, this company has offices in Malta, UK, Gibraltar, Ukraine, India, and the Philippines, managing to bring its products to 32 languages ??with integration all on mobile devices.

The announcement of the union between DAZN and Pragmatic was made public in April, anticipating that at the start of the next football season (August 2022) its value proposition could already be offered to users in the United Kingdom. Something that finally happened with the launch of the beta version of its sports betting product just three weeks ago.

DAZN Bet is the brand owned by DZBT Holdings (Gibraltar) that joining forces with the entire DAZN Group, Pragmatic Solutions and Pragmatic Play is receiving well-deserved attention, especially after becoming the benchmark for live and on-demand broadcasting of sporting events. from any device connected to the Internet.

The experimental character that the project is supposed to have is justified by the way it was launched. And it is that DAZN Bet announced the launch of a beta version of its product, warning its users that it would still take a while to get the promised experience.

It is a fact that for now, your entry into the online gaming market as a betting operator is being implemented bit by bit so that you can learn how subscribers like to interact with a betting offer. In any case, the company extols the virtues of "great value" to be given to its existing UK customer base.

DAZN's trajectory more than justifies its leap into this facet of the world of sports, online sports betting. Not surprisingly, DAZN was born after the merger in 2007 between a digital rights agency and an Israeli technology company for mobile solutions.

Since then, companies of all kinds have been joining the DAZN GROUP, some of them fitting perfectly with this business: technology companies specializing in the exploitation of statistical data, sports information portals, production companies, event management companies and digital agencies...
Why DAZN can revolutionize the betting sector? Well, in this case the challenges that lie ahead coincide with the competitive advantages that no other company could count on.

So some very interesting months seem to be for industry analysts and many operators have their eyes set on everything that DAZN Bet is going to do in its first months of life. We now approach six weighty arguments that justify closely following the new operator.

Although it sounds like a complex challenge due to the increasingly restrictive and varied legal scenario, the possibility of "mixing" editorial content with advertising should be the way in which DAZN Bet carves out an initial niche in the market.

With five years of experience and with the recognition of being the "Netflix of sports", its contribution to the online betting sector with a groundbreaking marketing and product seem guaranteed based on this maxim.

DAZN's broadcasts are characterized by having young journalists who have shone on social networks and have numerous followers. Almost unintentionally, they will become the prescribers of thousands of potential clients called to try the world of sports betting.

Without a doubt, having these assets will boost the entry of clients in all the markets in which it participates.

With proven experience in sports content creation, especially in live broadcasts, DAZN could lead the promising idea of ??innovative audiovisual integration in the sector. DAZN boasts the most potential in creating unparalleled live broadcasts of sports to bet on.

With years of experience to publicize a new audiovisual brand (DAZN) specialized in sports, neuromarketing practices and its traditional communications have been much more aggressive and forceful than its competition. And it is also something that has been successfully tested in a sector similar to the importance given to communication in online gambling.

It has not been free to prioritize niches such as broadcasting the UFC, boxing, MotoGP or Formula 1 first, to later conquer the king of sports in Europe with agreements with almost all the continental soccer leagues. In addition, now DAZN has set its sights on modalities such as women's soccer or golf in Europe and the major sports leagues in the United States.

If it is already going to be difficult to differentiate your advertising, with a brand image as recognizable as DAZN and its yellow and black colors, it is going to be even more difficult to control all the data you have. A current customer base of enormous quality obtained by sports broadcasts, to which is added an exhaustive knowledge of it thanks to its studies and audience data both on mobile devices and on social networks.

No other company moves as much money in the sports sector as the audiovisual giants. This leads DAZN to be one of the companies with the most sales, contacts and partners also in the B2B world. Sports clubs, professional athletes, Associations or Competitions and other partners of all kinds are part of the endless list of "partners" that DAZN has.

Something that has made it possible to become the first streaming service dedicated to sports and that, for example, in Spain goes hand in hand with actors such as Movistar, even leaving aside -or negotiating specific agreements- with other well-established brands such as Vodafone, Orange, Mitele Plus or GolTV...

Those were other times (2011-2014) when Antena 3, Editorial Unit and Mediaset obtained licenses at the beginning of the promising Spanish regulated market. The three major media groups in the country did not want to miss out on the opportunity to limit themselves to attracting advertisers in the online gaming sector, but rather saw a future in becoming operators.

Of all of them, only Marca Apuestas can be considered to have given the taya, with important numbers in 2016. However, Winga's strategic alliance with Mediaset to create Premier and a similar bet by Atresmedia did not materialize, having to leave the market.

But if anyone took a risk, it was Mediapro, wanting to compete head-to-head in the exclusive betting exchange product with Betfair whoever. The adventure in the Betting exchange segment did not last long and www.carcaj.es was barely able to get customers, much less liquidity in the betting markets that is needed.

The momentum now seems much worse at the advertising level, but with a much more mature market, an increasingly large customer base and a very prominent brand recognition in a target similar to that of online betting, it would not be unreasonable that a good product could be a fabulous leap in quality.

If any company capable of competing with DAZN in its sector may be considering a move from the same entity, it would undoubtedly be the American entertainment giant ESPN. And it is that even being owned by Disney, the forecasts of the experts and the fait accompli in recent months point to something much more powerful than the current commercial agreements with DraftKings and Caesars Sportsbook.

Forecasts point to a more than possible formation of a betting brand using ESPN, something that would revolutionize sports in the United States, Canada and Latin America. So with some success stories of much lesser impact -Sports Illustrated as operator of the hand of 888 in several states in the US-, ESPN is considered as the great strategic partner with which to build a leader in the online gaming sector.