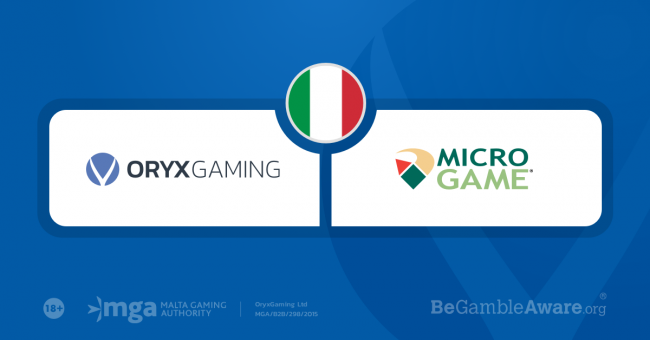 ORYX Gaming, a Bragg Gaming Group company, has partnered with Microgame for content distribution in Italy, the second largest online marketplace in Europe.

INFOPLAY |
2022/3/24
ORYX Gaming has confirmed that Egyptian Magic, the debut title from Bragg's recently launched Atomic Slot Lab studio, will appear in the selection of games available to local players.

Additionally, an initial selection of titles from ORYX's exclusive content portfolio will go live with Microgame with more games set to follow. Initial exclusive content titles will include Respins of Amun-Re, Golden Nights and Royal Seven, as well as other player favorites.

It should be remembered that Italy became the first major country in continental Europe to regulate online gambling in 2006 and is now the second largest regulated online market on the continent with expected online casino revenues of US$2.3 bn in 2022.

Regarding this new agreement, Chris Looney, commercial director of Bragg, underlines that it is a decisive moment for the company and confirms that, after entering the United Kingdom, they continue to grow in large and established regulated markets.

On the other hand, Marco Castaldo, CEO of Microgame, said: “Our goal is to bring first-class entertainment to our players and with ORYX content’s proven popularity, we are thrilled to be the first partner to introduce it in Italy”.