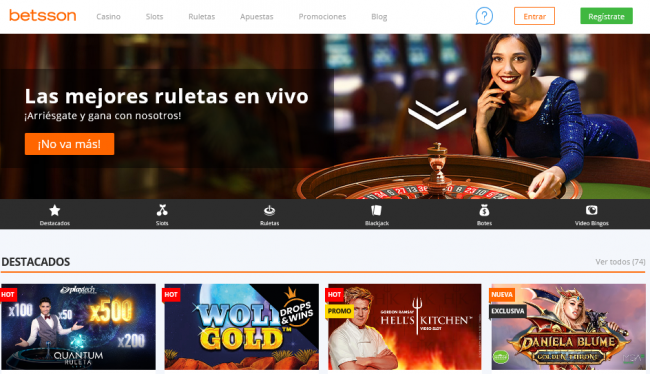 BETSSON has published the financial results of its operations for the first quarter of 2021, a period in which the group's revenues were 1,592.8 (1,417.5) million SEK, an increase of 12% with an organic increase of 2%. In this regard, the group highlights that the positive figures are due to the 16% increase in the casino's revenue.
INFOPLAY/ COMUNICADO |
2021/5/3
ADVERTISING
BETSSON has reported through a press release that its sports betting revenue increased by 2% and the sports betting margin was 7.2%.

Other important data from the first quarter are:
The CEO of Betsson Group, Jesper Svensson, has made a detailed analysis of the results and perspectives, for which he has referred to various markets as a key point for its growth.

Jesper Svensson said they have had great growth and profitability in Italy, the Baltic States, Peru and Chile; while “revenues from the German market have decreased significantly, due to the restrictions introduced and the fact that we closed several brands in connection with this”.

Regarding Latin America, he has informed that they are establishing an office in Colombia, which is the first regulated market in the region. The group is also carrying out brand strengthening activities prior to the next regulation in Brazil.

Finally, regarding the North American market, Betsson is “adapting the sportsbook for the US market, initially with the intention to offer it as an operator in the state of Colorado, while we are preparing a B2B offering of the sportsbook in the US”.
18+ | Juegoseguro.es – Jugarbien.es