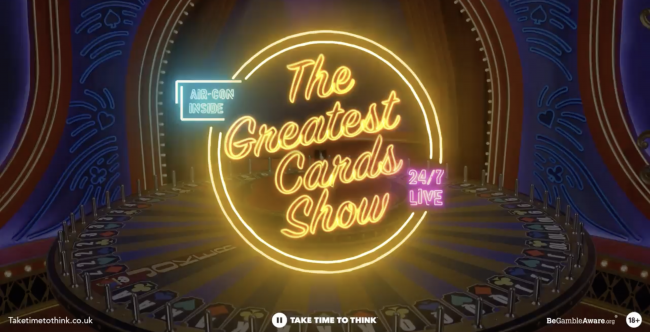 Pick a card and maybe your chosen card will end up a silver or even gold one, triggering one of the three bonus games - the Spotlights, Light Show or Jokers Bonus Game, with a number of fantastic Multipliers up for grabs.